The Covid 19 pandemic has brought a sea change to peoples lives in many ways one of which has been a desire to get outside and experience the natural environment. We have all seen the photos on the news about, queues, parking, littering in the UK’s national parks and this has been the same across many parts of Europe.

Many of you are dealing with this on a daily basis and on a positive note has forced rapid and positive change and working practices. EAI has been running a range of webinars to share the experiences and solutions with colleagues throughout the UK and Ireland and these can be found on the resources section.

This final event will raise the provocative issue that many of us have discussed at different times about limiting the numbers visiting protected areas.

This event will take the form of a debate to the question “In a post COVID-19 era should we welcome and encourage as many people as possible to our protected landscapes or should we limit the numbers who visit protected areas?” Well known as the Countryfile and Costing The Earth presenter, Tom Heap is also the Rural Affairs Correspondent of BBC News. Since 2012 he has also taken on the role of Director and media presenter of media company, Checked Shirt TV limited. Tom showcases his passion revealing the hidden depths of rural and environmental stories while presenting Countryfile. He is also heard among the nations only dedicated environmental series on Radio 4 where he is the principle voice of Costing of the Earth. Additionally he regularly reports on Panorama where he covers wildlife, food, farming and energy and presented popular BBC 1 daytime series Animal 24:7.

Starting his career as a sound man at Sky News, Tom quickly worked his way up the ranks of the BBC News Trainee scheme to BBC News Correspondent specialising in Rural Affairs, Science and the Environment. Tom covered the 50th anniversary of the ascent of Mount Everest for the BBC. Leading a broadcasting team he hosted a live 30-minute programme from base camp. Alison is Chief Executive at New Forest National Park Authority and has worked in the field of landscape management for 25 years. She is the Convenor of the Green Halo Partnership and an elected Fellow of both the Landscape Institute and RSA. Earlier in her career Alison, worked in Scottish local government and with RSPB on opencast mine restoration projects. She later led on local biodiversity policy within Defra and was Head of Advocacy for English Nature, developing policy across Parliament, Whitehall and Europe and supporting the passage of the NERC Act. She was a founding Director at Natural England, leading NE’s work in London and holding national portfolios for Landscape and Green Infrastructure, including advising on greening the London Olympics and chairing the Thames Gateway Partnership. Alison has served on the Mayor of London’s Sustainability Commission and Forestry England’s Regional Advisory Committees and is currently on the Board of Directors for Business South, is a Trustee of the National Park City Foundation and a Leadership Fellow of St George’s House, Windsor Castle. Associate editor at the London Evening Standard and author of the biography “Man of Iron: Thomas Telford and the Building of Britain”. He has worked as leader writer and columnist at the Guardian and as a Special Adviser in Number 10 and the Department for Transport. Ignace Schops is a Belgian environmentalist. He is the Director of the Belgian NGO Regionaal Landschap Kempen en Maasland (RLKM), President of EUROPARC federation - the largest network on natural heritage in Europe - full member of the EU chapter of the Club of Rome, and council member of the largest nature conservation organization in Flanders, Natuurpunt. Ignace Schops was awarded with the Goldman Environmental Prize in 2008, better known as the Green Nobel Prize for his contributions to the establishment of the Hoge Kempen National Park, the first National Park of Belgium. Since 2008 he was selected as ASHOKA fellow, a world leading social entrepreneur. Due to his international work on biodiversity and social entrepreneurship he became an Honorary Doctor at the Hasselt University in 2011. In 2013 he became a member of the Climate Leadership Corps of Al Gore and later that year he was decorated as the “Commander of the Order of the Crown” by the Belgian King Filip.Ignace Schops and his team designed the (Re)connection Model. This model (Re)connects society with the natural heritage and is used in several countries in the world. Schops is often asked as expert and keynote speaker at international conferences related to the natural heritage, biodiversity, climate change and social entrepreneurship. “Dr Richard Benwell is chief executive of Wildlife & Countryside Link. Previously he has been policy adviser to the Secretary of State at Defra, worked on policy and advocacy at WWT and RSPB, and served as a director of Westmill Solar Cooperative and a clerk in the House of Commons Commission” 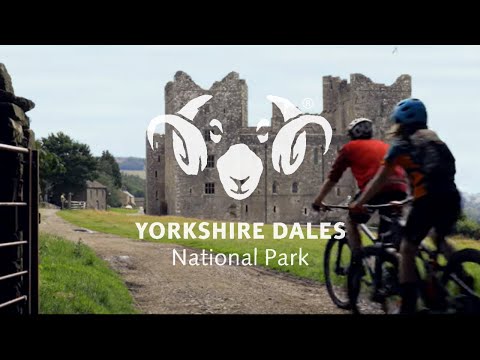 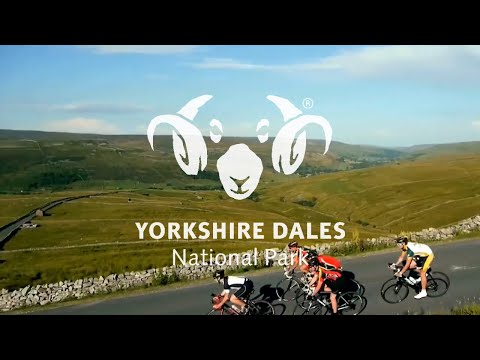 Cycling in the Yorkshire Dales

Sorry, no links for this theme.

Sorry, no downloads for this theme.