Farming in Protected Landscapes is challenging, both physically and economically.

The role of farmers and landowners managing these landscape underpins their future - and the wide range of benefits they provide: from internationally important habitats and species to carbon storage, clean water and a place for visitors to enjoy.

During the conference we'll discuss issues around the challenge of sustaining farm businesses in a rapidly changing policy context. We'll also focus in on work being done as part of DEFRA's Environmental Land Management (ELM) 'Test and Trial' programme, which is feeding into policy development.

The Future of Farming

We will have a panel debate where each member will present there perspective on farming for change and this will be followed by a discussion. There will be an opportunity for the audience to ask questions. Rachel is a beef and sheep farmer in Ripponden in the South Pennines. She is a tenant farmer on Yorkshire Water land. The farm has been in environmental stewardship since 2003 with an emphasis on heather regeneration, and more recently an emphasis on flood alleviation delivered through Moors for the Future Partnership. During and after a rural Norfolk upbringing, Tom has worked on farms of all sorts across England, Scotland and New Zealand as labourer, contractor and relief manager. After an MSc in Agroecology at Wye College, Tom worked as a FWAG Farm Conservation Adviser before joining the Dorset AONB Partnership in 2006. He’s been lead partner there for 13 years, and has worked to achieve landscape enhancement and conservation across the mainly farmed landscape of the Dorset AONB. He is also a founder director of Dorset Food & Drink Community Interest Company, established to promote local products and producers, and to enhance the link between food production and a beautiful, healthy environment.

Neil Heseltine is a fourth generation farmer and was educated at Ermysteds Grammar School, Skipton and Seale Hayne Agricultural College. He spent time travelling and working on farms in New Zealand and Scotland before returning to Hill Top Farm, Malham, in the Yorkshire Dales National Park where he was born and brought up. He now farms Hill Top with his partner Leigh and they have a young daughter, Violet. The farm comprises 1100 acres, the majority of which is in Countryside Stewardship and this includes land rented from the National Trust. In 2003, as part of a conservation grazing scheme, he introduced 20 Belted Galloway cattle to the farm. This proved to be a defining time for Neil in terms of ethos and mind-set, as he sought more sustainable and environmentally friendly production methods. He has recently been closely involved with the National Trust in a trial payments by results scheme and was awarded the National Trust’s “Farming with Nature” award in 2019. Neil was a member of the National Park England [NPE] Future of farming post Brexit task & finish group in 2016/17 who helped prepare the document ‘Farming in the English National Parks’ which enables NPE to make proposals to DEFRA on the future of farming in the English National Parks and he recently gave evidence to the North Yorkshire Rural Commission. A keen rugby player and cricketer, he is a member of Malham Parish Council and is a former chairman of the Malham Show. Neil was appointed Chair of the Authority in June 2020 having served as Deputy Chair since June 2019.

Peter recently joined Ulster Wildlife to lead the EFS Group Facilitation team. This is an initiative funded by DAERA to support farmers joining EFS higher to understand the complexities of the scheme and their obligations under the agreement. This group continues to grow mainly through word of mouth and now has over 300 members. He was previously the Director of Agriculture in the Isle of Man where he was involved in developing the agri-food strategy, peatland strategy and introducing agri-environment schemes. He moved back from the Isle of Man in 2019 to be closer to family and was the CEO of the Share Discovery Village, outdoor residential centre in Fermanagh. He then decided to return to a career working with farmers to help them transition to the new policy context that is developing across the UK and Ireland.

Lyndsey has recently taken the role of Company Secretary for the Foundation for Common Land, a small but effective charity which is currently delivering a DEFRA Test and Trial on common land. www.foundationforcommonland.org.uk. She is also a New Forest commoner turning out, alongside her husband Robert, Cuffnells New Forest ponies, cattle and pigs on to the open New Forest where their grazing and browsing help to maintain the precious mosaic of heathland, lawns and pasture woodland. A passionate communicator- Lyndsey has written an Education Toolkit for schools and has worked with commoners and the National Park Authority to give commoners a voice through the Commoning Voices project. Helping them to tell the real New Forest story through an interactive exhibition, farm walks and social media. 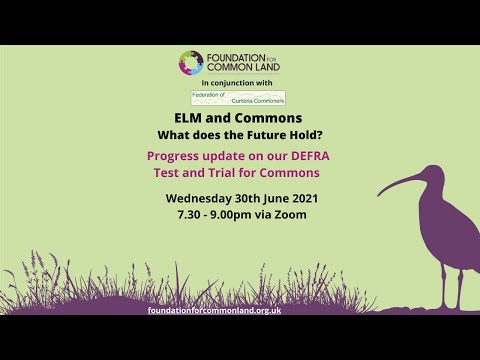 Sorry, no links for this theme.